send me a message ->

My daughter is now 15 yrs and took lessons since she was 6 yrs. She stop 3 yrs ago due to she wanted to be more active at school, now she wants to start again. I will be contacting Mrs.Larissa again...

Larissa Timochina is a fantastic piano instructor.  I am 49 years old and started piano lessons with her several years ago.  I continue to look forward to my weekly lessons with her.  I started as an absolute beginner and have made great progress thanks to her.

Larissa is an amazing teacher. Very patient and knows how to keep the lessons fun and challenging. I recommended her classes to children in my daycare and the responses from the parents have been always overwhelmingly positive. This is one of classes the children are really like going to. The room where the lessons are is very comfortable and Larissa is true professional - dedicated, patient and very personable.

Larissa is a teacher for anyone

My kids started taking piano lessons from Larissa when they were 6 and 9 years old.

I found her on a recommendation from a friend. They had never played the piano before and Larissa made it fun while teaching them the piano techniques. She is patient, skilled and encouraging. They always had goals to work toward. There were several recitals a year... and later the when kids chose to take the Certification of Merit (CM) test for piano, Larissa helped them to prepare for it. They improved with each year and became proficient at the merit level they worked toward. They had fun learning new songs, and the collaboration with Larissa was nice, as they were also able to select songs they were interested in learning. I would recommend Larissa as a teacher for anyone wanting to learn to play and enjoy the piano.

My grand kids loved a fun music classes they used to take with Larissa when they were 3 or 4. It was amazing to see how fast they've learned rhythm symbols and keys locations on a keyboard and how to play and sing along with an instrumental background. 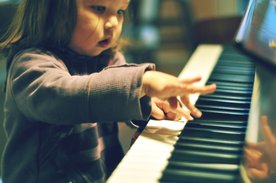 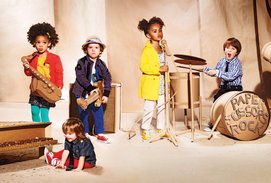 Getting Kids To Practice Music — Without Tears Or Tantrums

If You Want To Accelerate Brain Development In Children, Teach Them Music